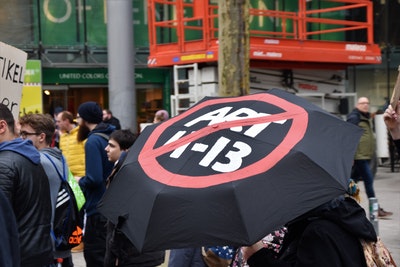 Frank Strategies specializes in helping clients build support for their legislative and/or electoral goals through the use of creative communications, with a particular emphasis on video and film production.

So what’s that mean in the real world?

For Virginia Governor Bob McDonnell, it meant having Frank Strategies on the campaign trail often – including the day his opponent spent three agonizing minutes trying to explain whether or not he secretly planned to raise taxes. Less than an hour later, a professional-quality videodocumenting the moment was buzzing around the Internet, and the morning after Governor McDonnell’s landslide victory, the Washington Post credited the video with largely defining McDonnell’s opponent in the minds of voters.

During the campaign, the Post described other Frank Strategies videos as “devastating,” “funny,” and “pzippy,” (whatever that means…) and even one influential liberal blogger declared that we “crushed” the other team on YouTube.

And as Governor McDonnell’s Campaign Manager, Phil Cox, recently said, “Ed’s videos had a huge, positive impact on our successful campaign.  He’s a skilled strategist who knows exactly how to identify powerful opportunities and then quickly take advantage of those opportunities by creatively and effectively connecting with voters.  Whether his videos illicit inspiration, laughter or outrage, they always make an emotional impact – and that’s ultimately what you need to do to win elections and policy battles.”

For the free-market grassroots group Americans for Prosperity, the creative path to real-world results started by sending Frank Strategies to Copenhagen to document the hypocrisy and extremism of many global-warming alarmists at the UN Conference on Climate Change.  Just a few days later, the videos that Frank Strategies produced had done just that and were prominently and repeatedly featured on the Drudge Report and hundreds of other websites, resulting in hundreds of thousands of views, as well as immeasurable positive publicity for AFP and its policy agenda.