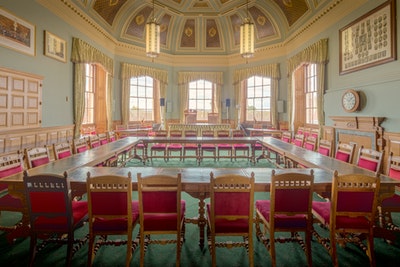 , published by the Geisel School of Medicine.

The National Institute on Drug Abuse (NIDA) has awarded a five-year $3.8 million grant to Geisel School of Medicine’s (CTBH). The award will support the launch of the new Northeast Node in NIDA’s National Clinical Trials Network (CTN), and clinical trials conducted by the group will be supported by additional research project grants from NIDA, which is part of the National Institutes of Health.

Lisa Marsch is the director of the Center for Technology and Behavioral Health, an associate professor of psychiatry, and principal investigator on the new Clinical Trials Network Node. (Photo by Mark Washburn)

“There is so much energy and enthusiasm not only among the members of the team here at Dartmouth, but also among the more than 400 health care partners who are linked to our new node,” says , director of the CTBH, an associate professor of psychiatry, and principal investigator on the new CTN Node. CTBH is a NIDA-funded national Center of Excellence that uses science to inform the development, rigorous evaluation, and sustainable implementation of mobile and web-based therapeutic tools for substance use disorders and mental health.

“CTBH was viewed as a real value to this national network,” Marsch says. “There has been very clear recognition within the national CTN and NIDA, as well as in the communities with which they work, that both mobile and web-based technology can play an enormous role in scaling up evidence-based addiction treatment.”