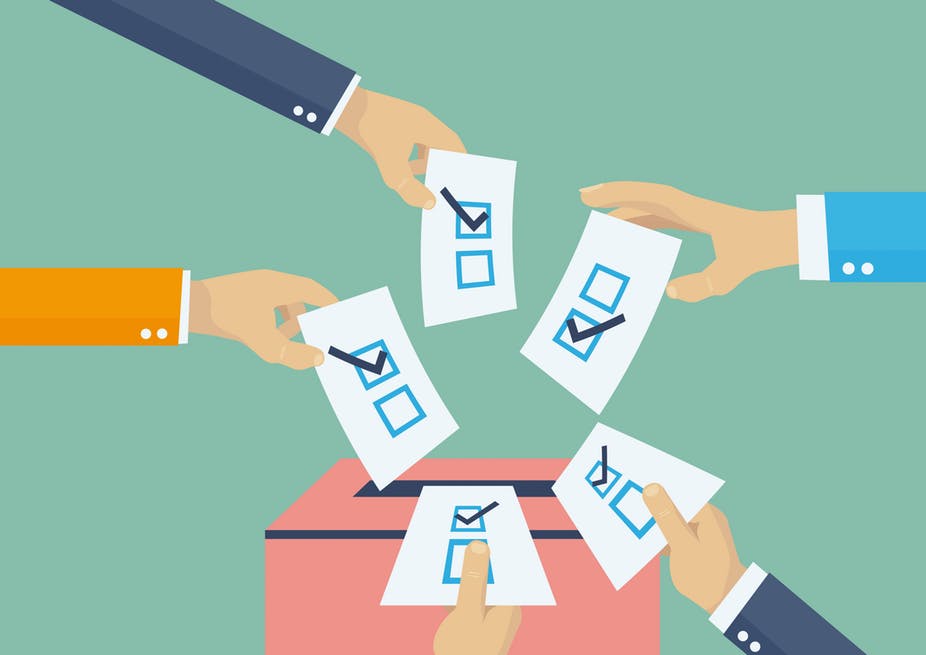 Learn the meaning of common terms used in voting and elections.

Absentee Ballot — A ballot filed by a voter who cannot be present at their polling place on Election Day. Absentee ballots are often filed by people who are:

Ballot — A list of candidates and proposed laws that voters mark to make choices. A ballot may be made of paper and marked with a pen or hole punch. Or it may be electronic and voters mark their choices with the push of a button or by touch screen.

Ballot Initiative — A proposed law drafted by citizens and placed on the ballot. Citizens will vote to approve or reject it. Ballot initiatives are usually drafted by groups who are passionate about an issue.

Campaign Finance Disclosure — A report on how a candidate has spent the money raised for their campaign and where that money came from.

Caucus — A meeting held by members of a party to decide an issue. Most often, caucuses are statewide meetings held in presidential election years. Members of a party choose a candidate to support or they elect members to a state nominating committee.

Constituent — A person who lives, works, or pays taxes in an area that a politician represents

Delegate, Convention (Unpledged, Pledged, and Super) — Someone chosen to represent their town or state at a national political convention. A pledged delegate must support the candidate chosen by the voters they represent. An unpledged delegate is not bound to support a specific candidate. A superdelegate is often a party official or veteran politician. Superdelegates are not required to be chosen or elected to the position. They can support any candidate they choose.

Election Fraud — Criminal activity that impacts the integrity of an election. Election fraud can include:

Electoral College, Electoral Vote — The process Americans use to elect the president and vice president. The number of electors a state receives is equal to that state’s number of U.S. senators and representatives. Those electors then gather to cast the state’s votes in the Electoral College. They vote for the candidate who won in their state during a presidential election.

General Election — A final election for a political office with a limited list of candidates. The candidates in the general election are the people who won their party’s primary election. General elections happen at a local, state, and national level.

Impeachment — The process to remove a high-level government official such as a: 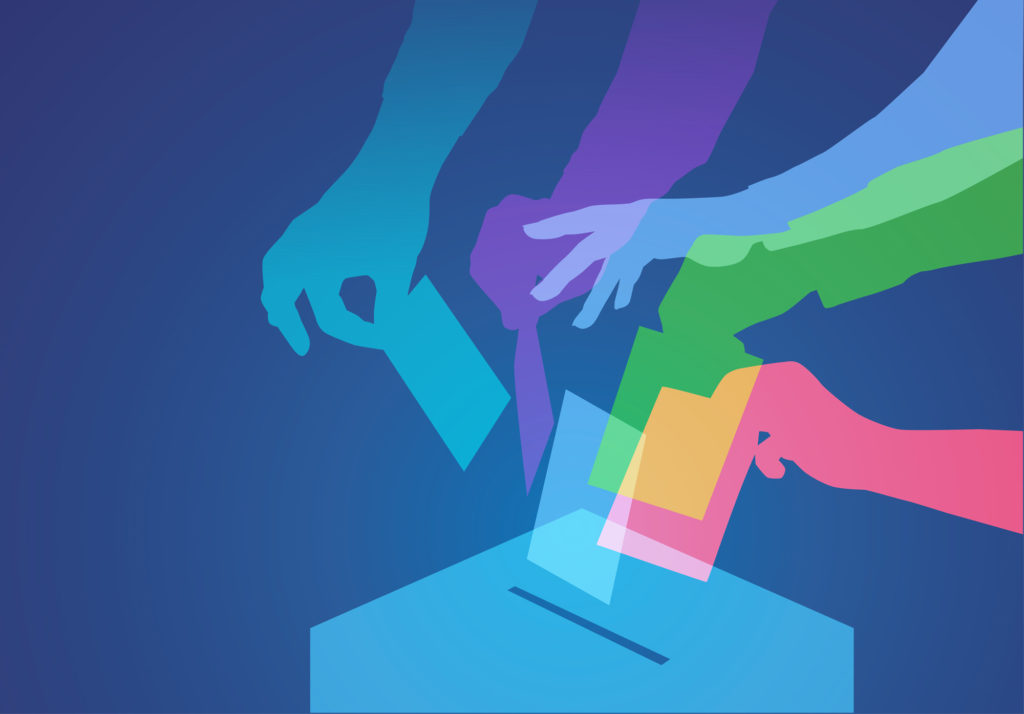 On the federal level, the House of Representatives investigates and brings impeachment charges. The Senate holds the impeachment trial. Some states and cities use impeachment to remove governors, mayors, or other elected officials. Other states allow officials to be removed through a recall election instead of impeachment. (see Recall Election)

Inauguration — A day of ceremony in which a newly-elected official takes office. This usually involves a swearing-in ceremony, speeches, and celebrations. Inaugurations are typically held for presidents and vice presidents, mayors, and governors.

Incumbent — The person currently in a particular job or political office

Platform — A collection of beliefs, legislative goals, morals, and ideals. A political party’s platform outlines its principles and plans to govern

Polling Place (Polling Station) — The location in which you cast your vote. Your area may hold voting in schools, churches, community centers, or other central public places. Your polling place is assigned based on your legal address.

Precinct (Election District, Voting District) — Each city, county, or geographic area is divided by address into precincts to assign polling places and gather votes. A precinct can sometimes be called an election district or voting district.

Primary Election (Open and Closed) — An election held to choose which of a party’s candidates will be nominated for the general election. In an open primary, all voters can vote for any candidate they prefer, regardless of the voter’s or candidate’s party affiliation. In a closed primary, voters can only vote for a candidate from the party that the voter belongs to.

Provisional Ballot — Type of ballot used to collect a vote when there are questions about the voter’s identity or ability to vote at that precinct. A provisional ballot is counted when the voter’s information is confirmed.

Recall Election — An election for voters to choose whether to remove an elected official from office before the end of the official’s term. A recall election can generally take place if enough voters sign a petition asking for one. Rules on the number of voters needed and the officials who can be recalled are different from state to state. Federal officials cannot be recalled, only impeached (see Impeachment.) These officials include: 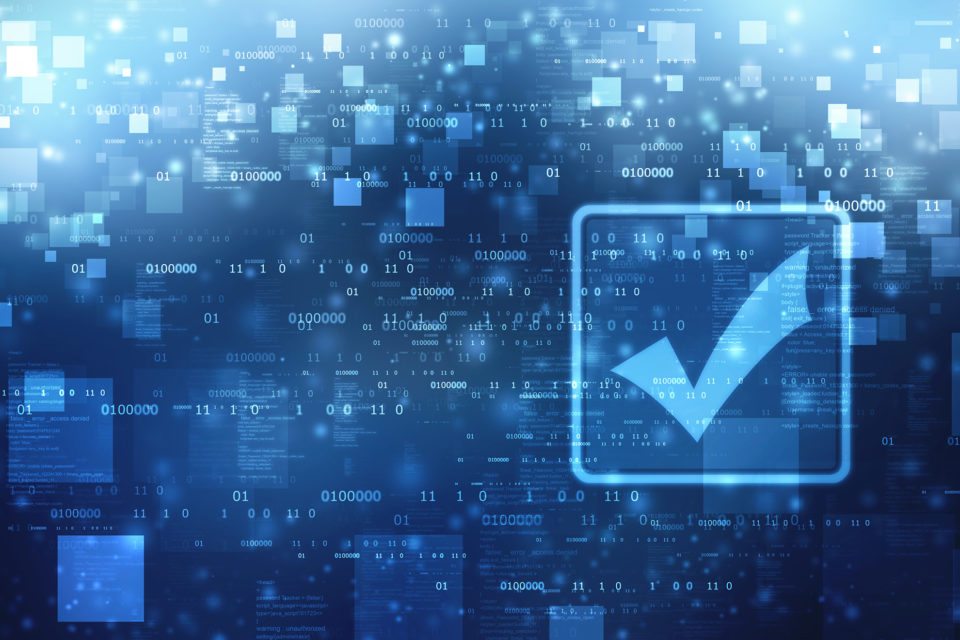 Referendum — A proposed new law or a proposal to repeal an existing law, passed to the voters to approve or reject. Some states require the following to be approved by a referendum before they can be adopted:

Sample Ballot — An example of what the official ballot will look like. These can be used to help people make decisions, and are often published by newspapers or websites.

Special Election — An election to fill a vacant position if an officeholder dies, resigns, or is impeached. It is not part of the regular election schedule.

Super Tuesday — The day when the most states and territories hold presidential primary elections or caucuses. The candidates who win on Super Tuesday are more likely to win their party’s nomination.

Term — The set length of time for someone to serve in an elected office. The president and vice president of the United States serve a four-year term. U.S. representatives serve two years and U.S. senators serve six years.

Term Limit — The total amount of terms that an officeholder is allowed to serve in a particular position. Laws set term limits for elected offices. No one can serve more than two terms as president of the United States. There are no laws about term limits for U.S. representatives or senators. Term limits for governors and other elected officials are different in each state and locality.

Town Hall Meeting or Debate — A setting in which candidates for office answer questions from voters. In a town hall-style debate, a moderator helps ensure candidates follow the rules they agreed to.

Voter Fraud (Election Fraud) — Interfering with the results of an election by doing illegal things that affect the vote’s outcome. Types of voter fraud include:

Voter Intimidation (Voter Suppression) — An attempt to prevent eligible people from voting or forcing them to vote a certain way. The attempt may be made by an official, individual, or group. Some voter intimidation tactics include:

Voting Guide / Voter Guide — Information about candidates and issues in an upcoming election. Guides can be published by political parties, organizations, or other groups. They may be non-partisan or may favor a particular party or viewpoint.