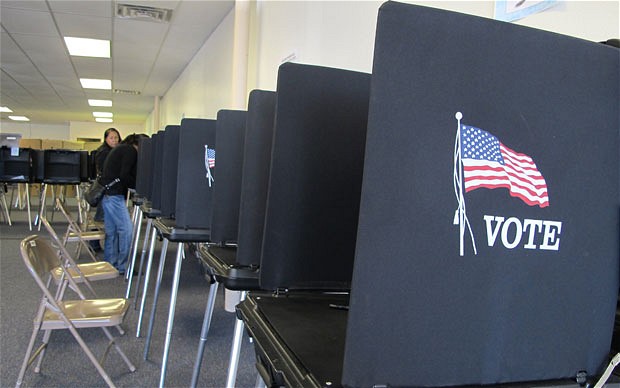 It is no exaggeration to say that the American election system is complicated. Just look at the recounts, and think about your own voting experiences. Here’s what’s needed to bring the US into the 21st century — and help bring every citizen to the polls.

Take a moment, and think about the last time you sent or received a fax. For me, it was a weekly occurrence in the runup to the midterm elections. I’m the founder and executive director of the Center for Technology and Civic Life(CTCL), a US nonpartisan nonprofit that is working to ensure that people — whether voting in-person or by mail, on Election Day or throughout the year — encounter a easy, seamless, secure process. One piece of this work is making sure that everyone in the US has all the information they need to make decisions about the candidates on their ballot. And collecting this information from the local government offices responsible for maintaining it means sending and receiving a lot of faxes.

Voting is one of our most fundamental rights. It’s one of the most tangible ways that each and every one of us can shape our communities. And as we enter this fourth industrial revolution where technology is changing everything around us, you would think that when it comes to something as important as the right to vote, Americans would have the most modern, secure, inclusive system that could exist. We don’t.

When we look at comparable democracies, the US has one of the lowest voter turnout rates in the world. In US presidential elections, only around 60 percent of registered voters show up at the polls, and the numbers are even lower for local elections. This means nearly 40 percent of US citizens aren’t voters — which adds up to nearly a hundred million people. Why? We have a system where even the most persistent voters come up against exhausting barriers, a system where 20th-century technology like fax machines and outdated practices stand in the way of full, vibrant participation.

One common approach to modernizing elections is to advocate for policy change. And while that’s incredibly important, I’ve taken a different approach. I have focused on a critical, yet largely untapped, resource for election modernization: local election officials. I work with thousands of local election officials across the country to build tools and skills that they can immediately use to transform how they’re engaging today’s voters.

Two of those election officials are Kat and Marie. They have worked together for years in a windowless office in the basement of the Mercer County courthouse in West Virginia. Together they have a tremendous responsibility — they serve Mercer County’s 40,000 registered voters.

Local election officials like Kat and Marie are the public servants who do the day-to-day work so that our voting system can function. When you fill out a voter registration form, they’re the folks that process it and add you to the rolls. Local election officials buy the technology that is used to cast and count ballots. They recruit and train the volunteers at your local polling place, and they’re the official nonpartisan source for informing people in their communities about how to vote.

Unlike other countries where there’s a centralized election authority, in the US there are 7,897 different county and municipal offices like Kat and Marie’s. Each office has an independent role in administering elections. As a result, there are nearly 8,000 slightly different ways that you might experience voting based on where you live.

Like so many of the election officials that I talk with — in rural towns and in major cities alike — Kat and Marie are deeply proud of being able to help people in their communities. But they’ve also found themselves struggling to keep pace with new technology. In particular, many of the new digital tools that people use to get information,were difficult for them to figure out how to use effectively. 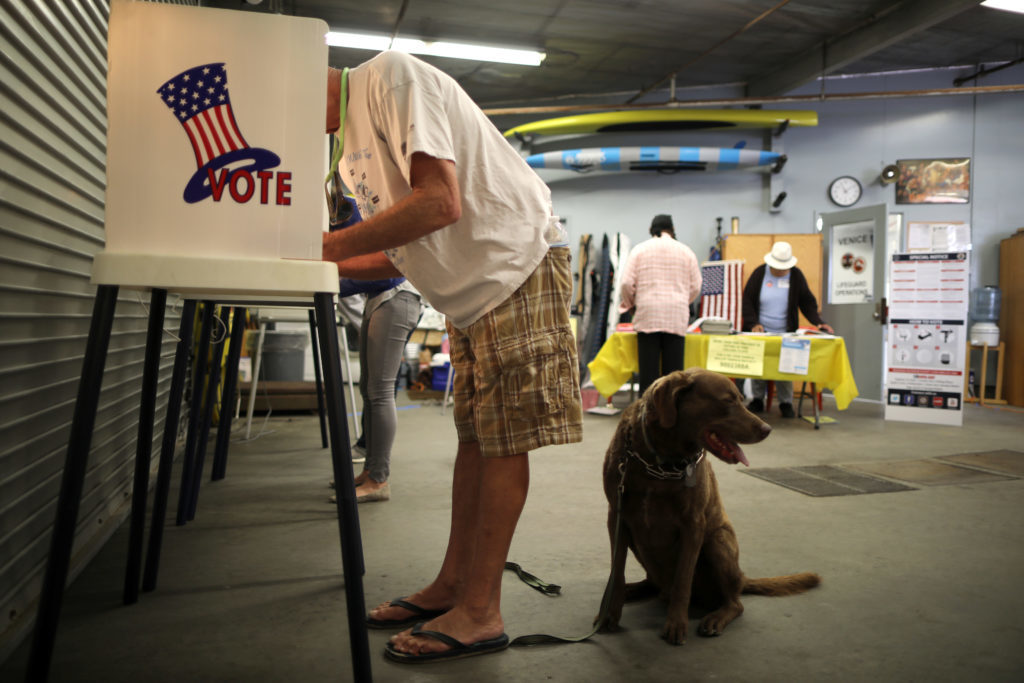 When I spoke to Kat and Marie in the summer of 2013, they felt like they weren’t fully meeting the needs of their county’s voters. One thing they wished they had was a website so they could create a central hub to share important information such as details of how to register, dates of upcoming elections, and election results. At the time, voters with questions had to either call or visit Kat and Marie’s office, so Kat and Marie were inevitably answering the same questions over and over again. This was a super-inefficient use of their time, and it also created completely unnecessary barriers for voters, since that information could have easily lived online.

Mercer County wasn’t alone — at the time, they were one of 966 counties in the US that had no voting information online, or nearly one-third of our counties. To Kat and Marie, not having an election website was unacceptable, but they had few options. They didn’t have the budget to hire a web developer, and they didn’t have the expertise to build the site themselves, so they went without — and 40,000 voters in Mercer County went without.

We’re living in a moment where we have an unprecedented opportunity to transform civic engagement in America. Technology is revolutionizing every scientific field and every industry. It’s already transformed how we connect with one another and understand the world around us, but our democratic institutions are being left behind.

The US is one of the few major democracies in the world that puts the onus of voter registration on the individual voter, instead of the government. (In other democracies, governments typically aggregate lists of eligible but unregistered citizens and proactively register them to vote.) Here, the rules that govern how to vote vary from state to state — sometimes even county to county — and some ballots are pages and pages long. This past November on the ballot in my hometown of Chicago, there were over 100 different people and referenda for me to make decisions about. We need to use the best tools available to help voters navigate this complexity, and right now, we’re not.

In my work at CTCL, one of the most common narratives I hear is that Americans aren’t civically engaged because they’re apathetic. That they just don’t care. But as the team at the Center for Civic Design says, “If there is apathy, it comes from the system, not the voter.”

We can improve the system by connecting local election officials like Kat and Marie with 21st-century tools and training so that they can better serve voters.Administering excellent elections that meet the needs of today’s voters requires building skills in areas like using social media for voter engagement, using data to staff and equip polling places so there aren’t hours-long lines at the polls, and adopting cybersecurity best practices so that we can ensure our voting systems remain secure. 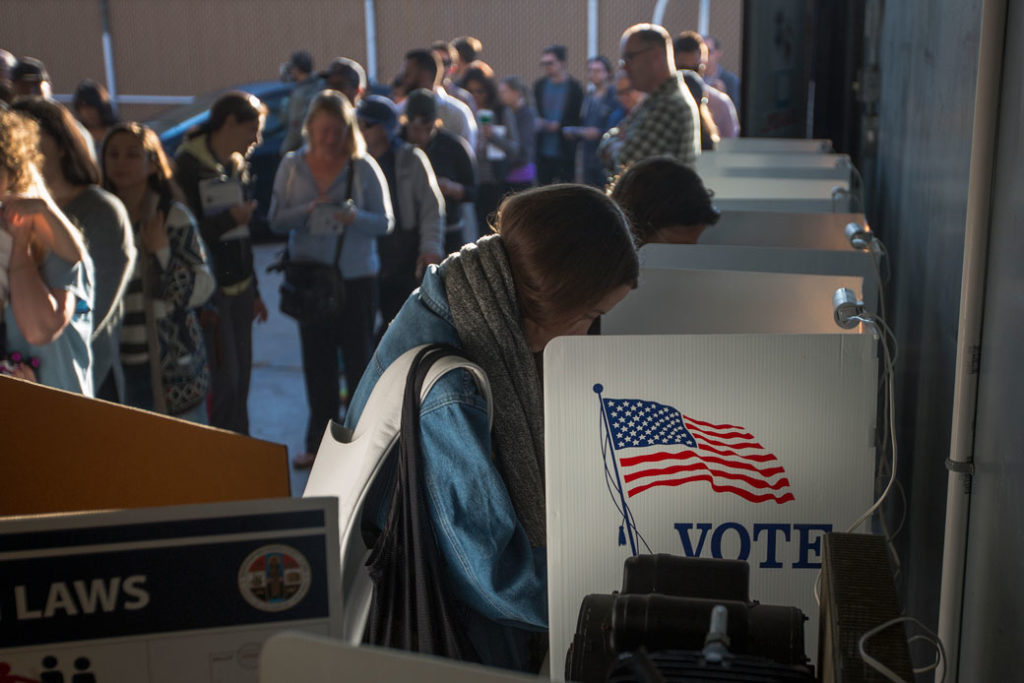 When we invest in the professional development of election officials, we see meaningful, lasting results. Kat and Marie are now online. In 2014, our team at CTCL built a website template using research-based best practices in civic design, and we developed training so local election officials would be able to maintain their own sites. We brought these tools to Kat and Marie. In less than a week, they went from having never seen the back end of a website to building a resource for Mercer County voters that they’ve been independently keeping up to date since then.

Today the 40,000 voters in Mercer County, along with more than 100,000 voters in other counties, have all the voting information they need from their local election officials on a mobile-friendly, easy-to-use, publicly accessible website. We can further amplify this impact when officials not only reach out to voters through their own channels but also extend their reach by working in partnership with others. Efforts like CTCL’s Ballot Information Project and Democracy Works’s Voting Information Project partner with election officials nationwide to create centralized standard databases of key voting FAQs, such as what is on the ballot and where to vote. In 2016, the Ballot Information Project was accessed by people more than 200 million times in order to find out facts about the candidates and referenda appearing on their ballots. Projects like these represent bright spots in election modernization in America.

When we look at similar initiatives in other areas of the US government, we can see the amazing opportunities that exist when the public’s needs are acknowledged and addressed with modern tools. For example, I think about my friends at mRelief who have helped 260,000 families unlock $42 million in food benefits by assisting government agencies in transforming a 20-page paper application for food stamps into a two- to three-minute process that happens in 10 questions over text message. This kind of transformation is possible in voting. It’s happening now, but there’s still so much work to do.

You may be thinking: This is all solvable; the technology exists; and we collectively have the expertise. I don’t disagree. But, to be clear, the work required to modernize the US election system isn’t something that can be done in a hackathon or a one-off volunteer project. What we need is significant, sustained, long-term investment — an investment in technology and an investment in the professional development of local election officials to run 21st-century elections. And if we don’t make these investments, the US risks finding itself perpetually behind.