That members of Congress are ambitious is a political science axiom. Getting elected (and reelected) to Congress requires ambition, as does the earnest pursuit of policy and power goals. Given this dynamic, the constant challenge for party leaders – particularly in the House – is channeling the ambitions of their members in ways that benefit both the member and the party.

This task is usually much easier for minority party leaders because their members understand that they cannot achieve many of their own goals in the chamber without first achieving majority status. For this reason, they are willing to put their own ambitions on the back burner and focus on the group goal of winning majority control. Leaders articulate the party’s message and members unite behind their leaders to promote it; if enough voters buy the message, majority status is the prize. Think Contract with America, the platform that Republicans embraced in the 1994 elections. Or the Democrats’ new direction platform in the 2006 elections.

But once they move from minority to majority status, members are ready to focus on their own goals. Party goals move to the back burner as they begin to chase down their own ambitions. This dynamic can present problems for the majority party. Worst case scenario: leaders lose control as their members go in different directions, the party fragments, and minority status once again looms on the horizon.

Traditionally, majority party leaders have tried to avoid this quandary by providing their members with plenty of opportunities to be entrepreneurial. They give them a shot at committee or subcommittee chairmanships, put them on committees where they can do things for their constituents or make use of their policy expertise, give them floor time to debate policy, make floor time for their bills, help them get pork for their districts, provide them with strong support agency expertise, and make sure they have the budgets to hire experienced staff who can help them succeed.

At least this is how it used to be. The problem? Most of these opportunities no longer exist for members.

Sure, members can still challenge for committee and subcommittee chairmanships … but the position is hardly what it used to be. Policy making has become centralized to the point where party leaders, not committee chairs, determine legislative language and strategy. Policy is not developed and debated in committee — what’s the point if it’s not going to the floor? Most of what does move is rubber stamped by the majority without serious consideration given to the minority’s views.

It’s true that wielding the gavel allows a chair to set the committee’s agenda, but that agenda isn’t going anywhere unless the leadership allows it to. While this has more or less always been the case in the House, chairs at least used to be active participants in the process. Leaders collaborated with chairs on policy formulation and process and showed deference on matters requiring policy expertise. 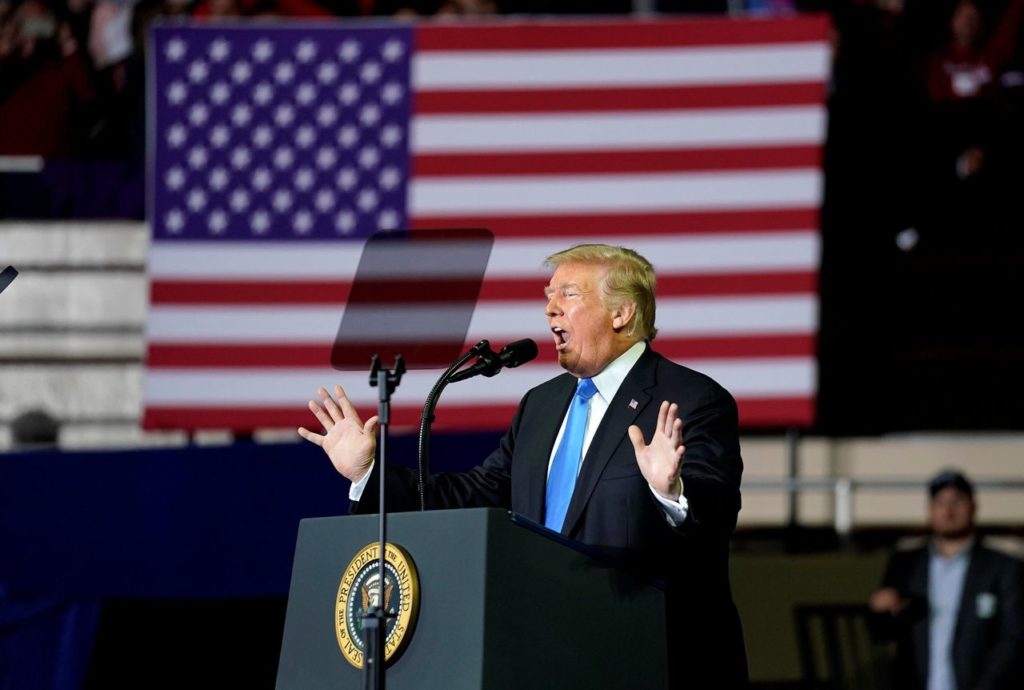 In addition to chairs losing the lead on policy to their leaders, they’re also no longer afforded the opportunity to become serious policy experts because they’re limited to six-year terms. When Republicans instituted this party rule in 1995, leaders emphasized that it would give junior members a shot at chairmanships without having to wait decades. The rule would also ensure that new policy ideas continued to circulate in the conference. But by creating internal party competition for chairmanships every 6 years, leaders also ensured their supremacy in the process. In order to become chair, members would need to demonstrate their loyalty to the party and its leaders, via fundraising and toeing the party line. Today, would-be chairs compete by being party loyalists, not independent-minded policy experts. This system, as it turns out, facilitates centralized power. It also renders committee service less meaningful.

Entrepreneurial opportunities on the House floor are also scant. As fewer bills are brought to the floor for debate, members have fewer opportunities for floor (and camera) time. If there are great policy orators in the House these days, the public is unaware. Leaders, via the Rules Committee, maintain tight control and bring most bills to the floor under closed rules. Debate and amendments are severely limited, meaning that most members just show up when it’s time to vote. As for getting their own bills to the floor? That requires loyalty to leadership, as well.

There are strong arguments on both sides of the earmark debate, but doing away with them did remove another credit-claiming opportunity for members. And while there are other ways for members to steer pork to their districts, they don’t provide the kind of direct credit that earmarks did. Entrepreneurial members can figure out how to direct agency spending in ways that benefit their districts, but convincing constituents of how their efforts resulted in benefits is, well, maybe not worth the effort.

By cutting funding for the support agencies that help members do their jobs better, Congress has also cut its access to the expertise members need to serve effectively. CRS, CBO, and GAO exist to help members understand the intricacies of policy and oversight, as well as the nuances of congressional service. Today, there’s less value placed on mastering committee and floor procedure (why bother?) and members who want quick access to policy expertise are more likely to reach out to lobbyists who specialize in rapid response.

Experienced staff are absolutely essential to member success, yet Congress devalues their worth. Why else would they cut staff size and funding rather than invest in good help? Party leaders have congressional office and leadership staffs, but rank-and-file members must rely on a relatively small (and mostly underpaid) staff. It’s no wonder that experienced staff are leaving the Hill in droves to make more money elsewhere.

The bottom line is that congressional operations today seem to run counter to the reelection goal—at least in terms of how we’ve traditionally thought of that goal. Centralized power and self-imposed cuts to support agency and staff budgets means that members have fewer and fewer opportunities to be entrepreneurial. Is it time to rethink the political science mainstay that all members are ambitious, single-minded seekers of reelection? And that everything they do is done with the goal of reelection in mind? 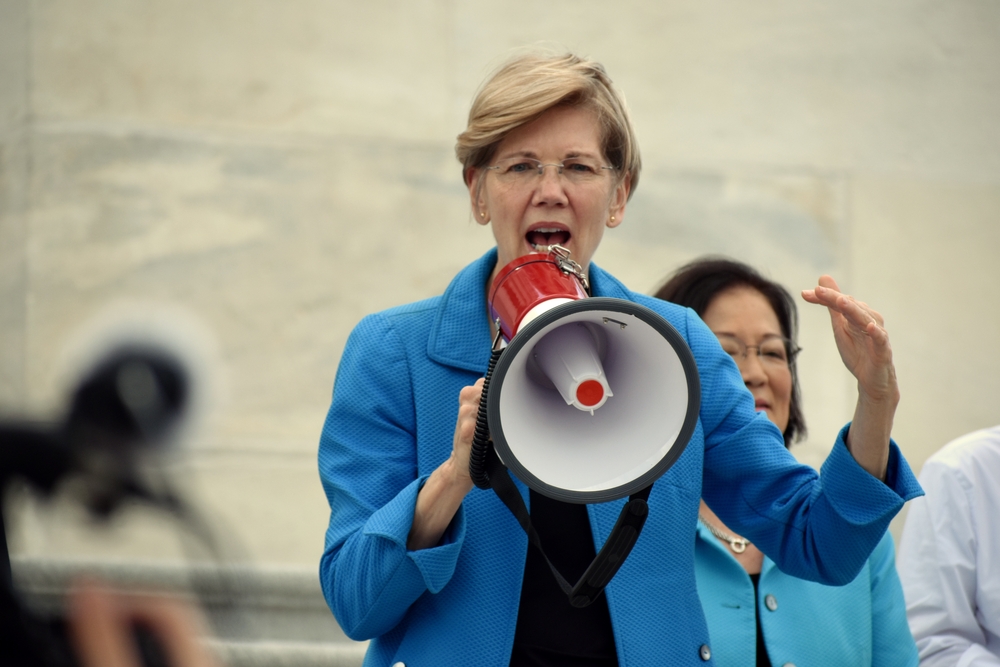 Plenty of members are ambitious and most want to get reelected. What’s changed for many members is what drives the reelection goal. There is less and less emphasis on policy achievements (because there aren’t that many), committee service, and projects/pork secured for the district. Most members sit in safe red or blue districts, where emphasizing partisan credentials plays better—and wins more votes—than wonky policy accomplishments.

And those partisan credentials are earned by working in service to the party. That means voting with leadership, earning the support of party-aligned outside groups, parroting the party talking points in public appearances, and dialing for dollars. As Matt Glassman points out, there are plenty of these foot soldiers in Congress, people who don’t really care much about policy, don’t mind the day-to-day grind of Capitol Hill, don’t mind taking a backseat to leadership, and happily pursue reelection not expecting that Congress will ever be any different. It’s worth considering what kind of institution Congress becomes when this description fits the majority of those serving. Yes, they want to be reelected, but to an institution they’ve never seen operate any other way.

Rather than find ways to channel the ambitions of entrepreneurial members, the majority party’s contemporary strategy may be to simply shed entrepreneurial members. As Lee Drutman and plenty of others have recently pointed out, serving in Congress is miserable for anyone who actually wants to get things done. There’s a sense of absolute powerlessness that pervades; unsurprisingly, more members are choosing retirement over self-flagellation.

Fifty-five House members (17 Democrats and 38 Republicans) have announced their retirements—an unusually high number for this early in the election cycle. This includes 10 committee chairs, most of whom were up against term limits. The average retiring member served 14 years and won 64 percent of the vote in their last election. While some were facing tough races, most hold safe seats. In other words, most of these members are leaving Congress by choice.

What kind of member will replace them? I’d like to think that Congress still attracts people who are driven by a desire to be part of the policymaking process, to actively participate in policy debates, and to advocate for their constituencies. Congress needs members like this if it is to play a meaningful role in our constitutional system. But the challenge is less to get these members elected than it is to retain them. They’re not likely to survive in a Congress that rewards fealty to party and fundraising prowess.