Where to begin with this article. I suppose it’s best to start out by linking what is quite possibly the worst take that 2019 is going to give us (and that’s saying a lot). In this article, written by Clémence Michallon, an argument is presented that asserts things would be much better if the entire world were able to have a legitimate voting right to the outcome of US presidential elections.

It seems the author is a bit upset about the results of the Mueller investigation, and sets out to offer some suggestions on how this political circus can be avoided entirely.   To begin, the author reflects upon betting (a piece of gum) with her father on the outcome of the 2000 election between George W Bush and Al Gore. In what seems to be a deep resentment over losing the gum bet, Michallon has made it her life mission to ensure that no one ever loses a piece of gum to their father by betting on Democrats ever again.

She reflects on learning of the issues involved in that election, and how a Supreme Court decision essentially cost her the gum. Perhaps, if the rest of the world would be involved in this decision-making process, 9 year old’s wouldn’t ever have to lose political bets over gum again. She reflects further on the 2004 election, and tells of waiting to find out if John Kerry would “deprive George W Bush of a second term.” She then goes on to speak of her observing so many in the French Capital sporting Obama’s red and blue “Hope” merchandise in 2008, and again in 2012 when “we learned the names of his Republican Challengers.”

By 2016 Michallon had moved from France to the United States, and recalled a discussion she had with her mother spanning two hours, as they discussed Donald Trump’s rise to power, and what it meant for America, and the world. Her argument being that since American politics have such a large impact on the rest of the world, the rest of the world should have a say into American politics.

And her primary area of concern? Democrats. She wants the entire world to have a stake in the Presidential elections of the United States, because it would be favorable to Democrats. NO LONGER will she sit back and watch the Democrats lose from the sidelines, costing her the precious gum that ignited an idea that would incubate for 9 years and unleash on an unsuspecting world. The people of France would approve, (according to Michallon) that’s important. Totally unrelated, France is having a bit of a rough go at things lately in attempting to overthrow their government, and if you’re curious as to what those protesting the French government are protesting for, you can view that list of demands here.

I’m not entirely confident that a country that is widely known as the most successful in social control and propaganda efforts at scale wouldn’t act strategically to influence US elections. Didn’t we just have a whole investigation about Russia doing this? I would assume the author of the piece in question would have enjoyed Trump being found guilty of collusion. #impeach. The idea here is directly after unseating 45, the US government ought to set out to make sure any future attempts to influence US elections are now considered totally legal and encouraged.

There are some points within this piece that I find interesting. Interesting because they are points that seem antithetical to the philosophy or intent behind the authors desires. The article states “there is an established disequilibrium between who gets to vote in the US presidential election and who arguably has the most skin in the game.” I actually agree here. The way the United States government arbitrarily decides who is and is not a federal criminal, and therefore who can or cannot vote, is egregious. The fact that the United States is able to drop as many bombs as it wishes on as many countries as it desires for any reason that a small handful can deem as worthy is sub-optimal, at the very least. 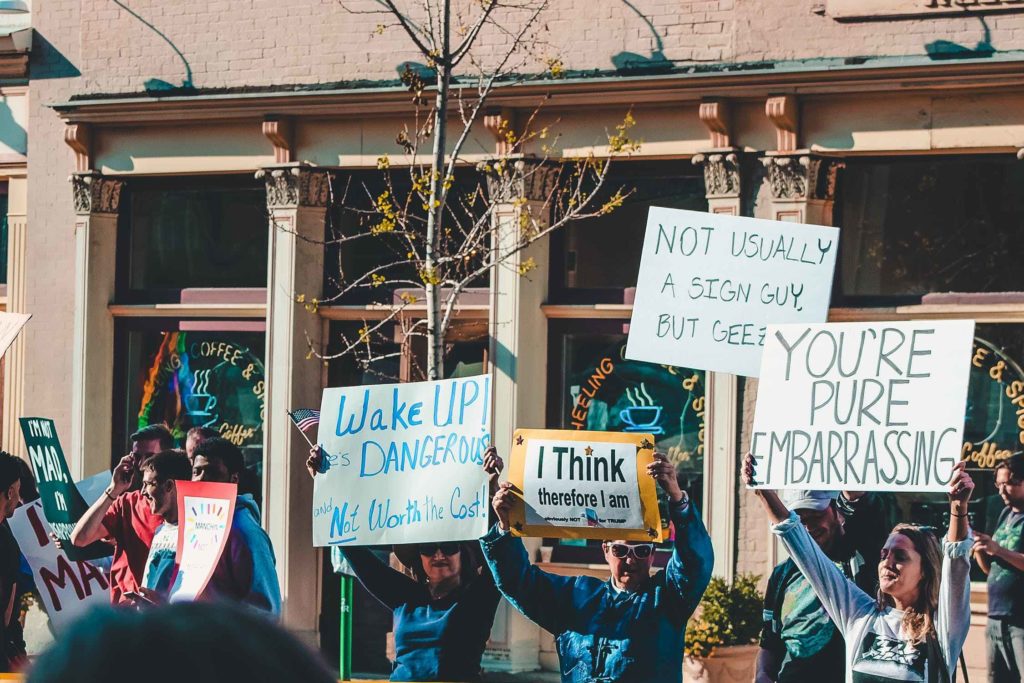 May I suggest another angle: Let’s just limit the power of the US government instead.

You know what would solve all of these problems? Ending foreign wars, bringing American troops home, and ending the drug war. Perhaps we should have an honest discussion about how important the president *really* is. We can sit him down with the Bobs, like in office space.

It’s very likely that if there weren’t US troops stationed all over the world, the military wouldn’t cost as much to maintain. This would also help take care of the whole imperialist global coercion, thing.

Isn’t this more in line with the place that her ideas come from? I suspect the entire intent of this proposal is to guarantee the United States is to use its power and influence in a more productive, and progressive way. While the sentiment has emotional merit, it is unfortunately completely naive to the reality of human nature. When you have one of the most powerful economic, political, and violent weapons on the planet, the worst possible thing you could do is give control of it to everyone. Despite what I’m sure this author may have assumed; a direct democracy doesn’t just magically make people rational and virtuous.

And of course, none of what’s been written so far addresses the fact that the reason America exists in the form that it does today, is specifically because it hasn’t done what this writer suggests it should do. In adhering (admittedly, things haven’t been going so well as of late in this department…looking at you, FDR) to founding principles, America has built a political, social, and economic system that that has made much of what the author and I would both agree is problematic, possible.

Allowing global influence to incrementally change the direction of those principles, and to change the foundation of how the US government works will only accelerate what the progressive left is already trying to accomplish. Which is, I’m assuming, precisely what the author of this article hopes would happen.