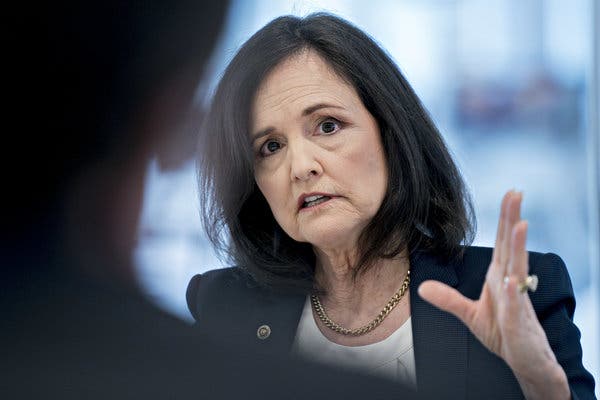 Today, President Trump announced his intention to nominate Dr. Judy Shelton—an outspoken proponent of returning to the Gold Standard, and critic of the Federal Reserve—to the Reserve’s Board of Directors. Dr. Shelton currently serves as U.S. Director for the European Bank for Reconstruction and Development.

Dr. Shelton previously worked at the Atlas Network, serving as Director of the Sound Money Project – whose mission is promoting the principles of ‘sound money’ and raising awareness to the inherent problems of our current monetary system. She believes there needs to a “fundamental reassessment of the global monetary order”. Dr. Shelton preferences a linked currency, one tied to gold or another reference point – in 2018, she wrote: “we make America great again by making America’s money great again”.

Dr. Shelton is a supporter of the President’s economic policies and favors a zero percent interest rate. If inflation picked up as a result, she proposes selling off the Fed’s holding of Treasury securities and other government-backed bonds to keep prices suppressed – a portfolio that grew to around $US4 trillion following the financial crisis in 2008.

A critic of the Fed, she has criticized their current practice of paying interest on excess money that banks keep at the Fed as a way to set the Fed’s policy rate. She says the approach encourages banks to hold money that they would otherwise lend out, and are effectively being paid to keep money idle. In regards to the financial crisis of 2008, Dr Shelton wrote: “No other government institution had more influence over the creation of money and credit in the lead-up to the devastating 2008 global meltdown.” She also believes that “the Fed’s response to the meltdown may have exacerbated the damage by lowering the incentive for banks to fund private-sector growth.”

If confirmed to the Board, Dr. Shelton would be against the purchasing of corporate assets. She has shared concerns of central banks worldwide buying corporate assets, such as the ECB and the Bank of Japan, previously expressing the worry of the Fed following suit.

Dr. Shelton previously advised the President during his presidential campaign and served in his transition team. She is a supporter of the President’s $1.5 trillion tax cut, deregulatory approach, and is in favor of continuing the trade despite with China. She has called the dispute with China as an ‘uncomfortable route we have to purpose’.

The nomination comes after the withdrawal of both Stephen Moore and Herman Cain from the nomination process after heavy scrutiny. Having been confirmed as U.S. Director at the EBRD, Dr. Shelton has already passed background checks and made it through the Senate Foreign Relations Committee vetting process. Her hearing for the Fed will be held by the Senate Banking Committee.