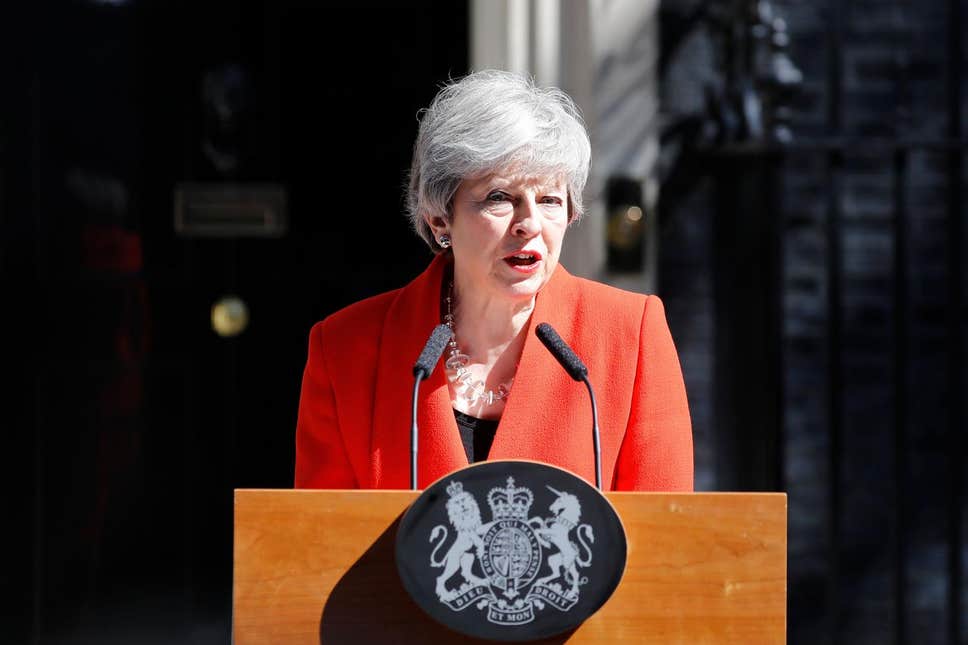 Sources in the British Cabinet tonight suggested that Prime Minister Theresa May is set to resign after over 60 Conservative Members of Parliament indicated they will vote against her European Union withdrawal bill, which was set to come before Parliament again.

After months of negotiations with the opposition Labour Party over stipulations in the bill, which is unpopular on all sides of the house, and with the extension of the Brexit deadline, support for May is wearing thin and she is expected to lay out her timetable for resignation.

The European Parliament elections are tomorrow, and so far the Conservatives are set to elect zero MEPs, dropping significantly in the polls. The grassroots are fed up and want May out, seeing the current Brexit deadlock as the fault of her poor negotiation and leadership skills. The withdrawal bill has been labeled as “Brexit In Name Only”, and raises question marks over the border between Ireland and Northern Ireland.

Backbench Conservative MPs have been angling for May’s resignation for months, initially tabling a vote of no confidence in December 2018. She survived that round but has seen her mandate in essence collapse after failing to pass the bill three times, and has also failed to lead the country in a viable alternative direction. Her initial plan was to talk with the opposition to find some kind of compromise, but so far those talks have failed.

David Lidington is expected to take over as acting Prime Minister before Conservative members vote on their next leader.